I teach three primary classes and contribute to others.

FW3410-Conservation Biology – This class focuses on biodiversity at all levels from genetic to species, where it originated, and how it is distributed on Earth.  I focus on how human population growth, technology, economics and other activities impact biodiversity and what we can do to mitigate some of those impacts.  We read about and discuss ways that science can contribute to species conservation, how informed citizens can take action to conserve biodiversity and what values biodiversity has for ecosystems and human communities.

FW3610-Ornithology – This class covers birds, their evolutionary history, and life history including anatomy, behavior, reproduction, and identification by sight and sound.  Half of the class focuses on learning to identify the most common birds in the Upper Peninsula using their plumage, songs, and behavior.  The other half of the class covers bird biology, flight, anatomy, reproduction, physiology, behavior and other aspects of bird life.

FW3620-Field Ornithology – This is a single weekend field trip in early May in which we camp two nights on our way to Whitefish Point Bird Observatory.  This is an immersion class in bird identification, biology and conservation.  Students are introduced to binoculars, how to use them to find and identify approximately 100 bird species.  We visit several continentally significant bird migration sites including Whitefish Point and Seney National Wildlife Refuge.  Several rare and/or endangered species we seek include Sharp-tailed Grouse, Piping Plover, Osprey, Surf Scoter, Northern Saw-whet Owl, American Woodcock, Whip-poor-will and Red-throated Loon. 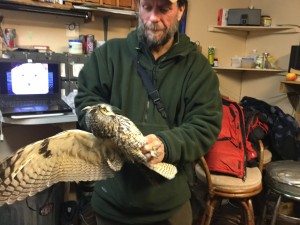 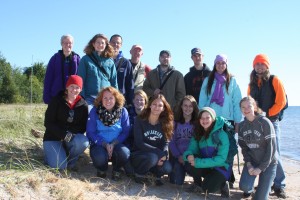 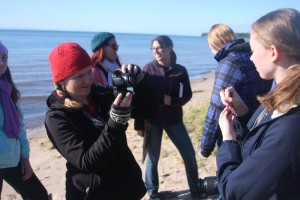 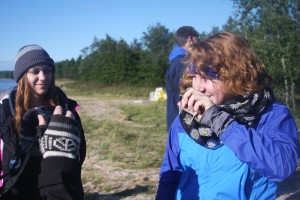